Notre Dame is perhaps the pre-eminent Roman Catholic university in the nation. So you’d think that President Joe Biden, an alleged practicing Catholic, would be speaking at its commencement activities.

However, he won’t be giving the address. The White House explained it away as a “scheduling conflict,” but this is another one of those things that makes you go hmmm.

It turns out that 4300 “members of the Notre Dame community” have signed a petition urging university president Father John Jenkins to not invite Biden. That’s partly because of Biden’s stance on abortion, which flies directly counter to church teaching. But abortion wasn’t the only point of contention. The petitioners also criticized his views on same-sex marriage, gender, and religious liberty.

The petition reads, in part:

“. . . Catholic institutions should not honor those who act in defiance of our fundamental moral principles.”

“Biden is such a person writ large. He rejects Church teachings on abortion, marriage, sex and gender and is hostile to religious liberty. He embraces the most pro-abortion and anti-religious liberty public policy program in history.”

One can point out that President Obama had once addressed Notre Dame’s graduates, and the petition did acknowledge Obama’s participation. But the signers also noted that 83 cardinals, bishops, and archbishops criticized Notre Dame for inviting him at that time.

However, Joe Biden is a bridge too far for these signers.

“The case against honoring him is immeasurably stronger than it was against honoring President Obama, an action that alienated countless Catholics and brought upon Notre Dame the harsh criticism of 83 cardinals, archbishops and bishops.”

A spokesman for Notre Dame released a statement, basically saying that it’s no big deal that Joe Biden — the second Catholic president — isn’t going to speak at commencement.

“While Notre Dame has had more presidents serve as commencement speakers than any university other than the military academies, we have not always hosted a president in his first year in office – or at all.”

Biden did receive the prestigious Laetare Medal from Notre Dame in 2016, which is intended for Catholics who provide “outstanding service to the church and society.” But even then, faithful Catholics pushed back.

Once upon a time, Catholics were staunch supporters of the Democrat party. After all, they saw the party as the champions of the poor, the working class, and immigrants. But now the wheels have been coming off that wagon.

Traditional Catholics are now seeing Democrats who claim to be Catholic pushing a social agenda at odds with their beliefs. These politicians then try to explain it away with weak tea theology.

Like Sen. Tim Kaine (D-VA) who is peeved at bishops who assert that Catholic politicians who support abortion shouldn’t receive Holy Communion. So Kaine wrote in the liberal National Catholic Reporter that abortion isn’t really about human life. No, it’s about sexuality. And Catholics shouldn’t push their teachings about sex upon America:

“But bishops demanding that Catholics in public life not only live according to church doctrine but additionally shape the law. . . to enshrine church doctrine on sexuality as mandatory for all Americans is contrary to our basic liberty.”

Wrong. Sexuality indeed brings about pregnancy. But once the unborn child exists, abortion becomes the destruction of life. Sexuality has then become moot.

Kaine goes on, turning Jesus’s earthly purpose on its head. Jesus, he said, didn’t care about sexuality. Instead he was a social justice warrior.

“No reading of the life of Jesus would suggest these issues as his primary, or even secondary, concern. His towering message is about love of neighbor as oneself with a special focus on the poor, sick, hungry, marginalized.”

Wrong again. Traditional Christians believe that Jesus’s purpose was to atone for the sins of mankind. He was not a touchy-feely soy boy, either, but drove out corrupt money-changers in the Temple who were cheating worshippers. Jesus followed the commandments of God. 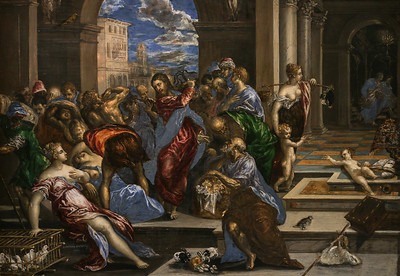 But, but. .  Trump! cry liberals. Evangelicals flocked to Trump, a thrice-married billionaire who once bragged about grabbing women by their genitals. What about him? Huh? Aren’t those Protestants hypocrites, too?

It’s true that Donald Trump is no paragon of virtue. But he did support social issues that evangelical Christians embraced. So millions of them voted for him — some enthusiastically, while others not so much. But they all knew they could trust him to defend unborn life.

We don’t know precisely why Joe Biden won’t be speaking at Notre Dame. Perhaps it’s because he knows he won’t be embraced as a brother in the faith. Kudos to faithful Catholics who don’t want to hear from a president who claims Catholic identity when he can use it to his advantage, yet promotes policies that are antithetical to not only the church’s teachings, but to human life itself.